[Today’s snippet of new prose comes from another of Morgen Bailey’s writing exercises: this one featuring the keywords: France, tune, whistle, repetitive and none.] 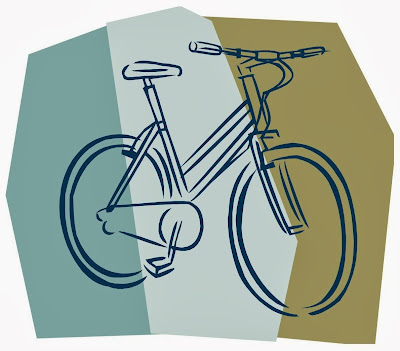 I jump on my bike and set off down the road, looking for adventure. I think today I will try to reach France. I’ve only been cycling for a few weeks. To start with, I had very little confidence — well, none at all, if I’m honest. I sat and looked at the bike for three days, too scared to even touch it. Then I decided I had to be a little bit brave — so I took it out of the garage and wheeled it down the road. Well, it is called a ‘push bike’, after all. When I’d done that for a day or two, I realised I really had to try and ride the thing if I was ever going to be independent.
So, I took it out into the field, where no-one could see me, stood on the pedals and pushed off. The wheels spun around, the spokes played a gentle tune; I sailed along for a few yards — and promptly fell off. Standing up, I gathered what was left of my dignity and shoved it in my pocket, before climbing on and trying again. This time I stayed on for almost the length of the field before I hit a stone, wobbled violently and slowly sank to the ground once more, with my legs tangled in the chain. At that point, I gave up and pushed the bike home again, pursing my lips in a silent whistle and pretending I’d only intended to be out for a few minutes anyway, so that was alright, wasn’t it?
This went on for a few days, and to tell you the truth, it became just a little repetitive, until suddenly, last Wednesday, I got distracted by the sound of a thrush — a song thrush I think it was — and I was so busy trying to spot it in the hedgerow, I didn’t notice I was pedalling along, upright, without a wobble — I was actually riding a bike!
Well, what do you know? The saying is true: you never forget how to ride a bike. It just takes a little longer to remember when you’re seventy two and the last time you were on a bike was Nan’s old ‘sit up and beg’ when you were a teenager.
So here I am, today, out for a really long ride — and I think I’ll go to France. Not France over the Channel, as in Paris France; that would be silly. We’ve got tuna sandwiches for tea today (it’s Wednesday) and I don’t want to miss them. But there’s a nice little café at the other end of the seafront called ‘Le Petit France’. They’ve got white tables and chairs set out in the sunshine and an awning of red, white and blue for shelter if the sun’s too hot. Yes, I think I’ll go down there and have a cuppa. Then maybe I’ll ride home the long way around — through the valley and over the hill.