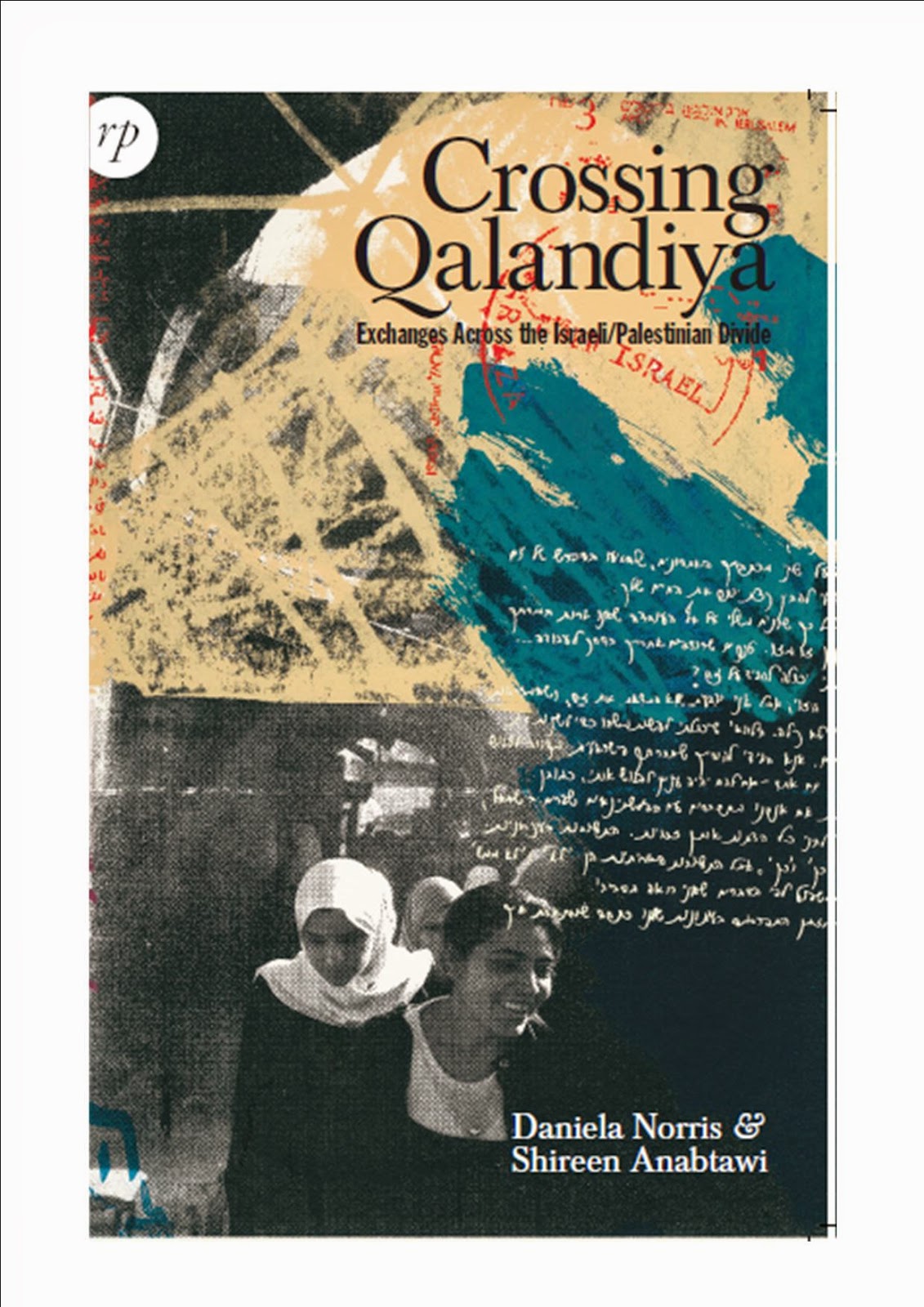 The early bonds of friendship were forged between Daniela Norris and Shireen Anabtawi before they had time to realise they were, or should be, ‘enemies’. Daniela is Israeli while Shireen is Palestinian. While they could meet in a neutral setting like a party in Geneva, where they were both working at the time, it would not be possible for them to spend time together when they returned to their respective homelands.
Crossing Qalandiya is a beautifully-written book, taking the form of a series of letters between the two women over a period of eighteen months in 2008 and 2009, charting the development of their friendship, exploring the differences and similarities of their cultures and containing some wonderful details like how they met their husbands; the relationships with their mothers-in-law; and the eternal question for every parent: what are we going to do to keep the kids occupied throughout the long summer holidays?
But underlying the domestic and the comfortable is a deeper exploration of the divide between their two peoples, its causes and its implications. The two women bombard each other with questions: in one letter, Shireen asks: Do you Israelis really think that we Palestinians are all cruel criminals? And in another, Daniela says: …both of us are paying the price for the mistakes that have been made in the past…How long are we going to continue paying this price. And when does this price become too heavy to bear?
Their questions are answered, sometimes in the next letter; sometimes a while later. Neither woman compromises her belief in the justness of her cause, but gradually they begin to sift the truth from the misinformation and separate the views and actions of the few from the behaviour of the many.
I was brought up on a diet of Daily Express stories portraying the Israelis as the victims and the Arabs as the aggressors. Then I worked briefly in Ramallah and travelled many times to Jordon; my views were turned completely on their heads as I saw for myself the reality of life for Palestinians either in their homeland or in exile. When I began reading this book, I could probably describe myself as being ‘on Shireen’s side’.  But as the relationship between the two women develops, so does their understanding of each other’s situations and the reader is reminded of the old saying about there being two sides to every story.
I was lucky enough to see Daniela and Shireen talk about their friendship and the writing of this book at the Ways with Words festival in Dartington a couple of years back. Despite being novices on the literary circuit, they greatly impressed the packed auditorium with the simplicity and humility of their presentation. More than 60 copies of the book were snapped up within minutes of the talk finishing, out-selling more well-known authors appearing at the same festival.
To some people, the thought that a conversation between two women can ever lead to an improvement in such an intractable problem as the Israeli-Palestinian conflict is a naive one. But by talking to each other, asking questions, and putting right miscommunications and misunderstandings, Daniela and Shireen are making a start. The over-riding impression I got from reading this book is hope, a hope that even the terrible sights on our television each night cannot completely snuff out.
[5* review]

[If you enjoy the monthly reviews posted here, check out other my book reviews here.]