Today’s snippet grew out of  a writing exercise at Chudleigh Writers’ Circle. We all wrote the opening sentences for short stories, then shared them with the group. The most popular sentence was then used by all of us – and, as is always the case with this sort of exercise, there was a wide variation in interpretations and resulting stories. I later entered this piece in the Worcester Literary Festival Flash Fiction competition and was delighted to be one of the finalists for the second year running. 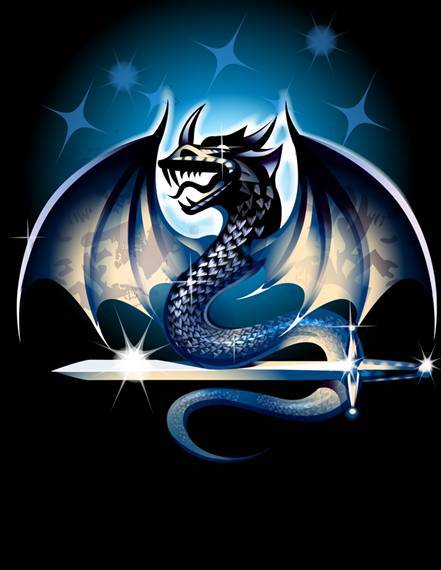 The dog sniffed at the bundle, half-hidden in the seaweed, then turned back to Elsa, barking frantically. Elsa closed her eyes against the dizziness as her stomach rollercoasted.  She had prayed her suspicions were unfounded, but there was no denying this was Danny’s jacket. She’d seen the dragon transfer so many times before.
She’d met him on the first day of term, as she stood in the classroom doorway, tugging at the unfamiliar blazer, trying to flatten her unruly curls and wondering if anyone was going to talk to her. He’d been sitting on a desk, tapping his foot in time to whatever tune was playing in his head. He’d looked up and grinned at her.
Everyone told her he was trouble. He came from ‘the wrong side of town’, whatever that meant, his family always moving, never in one place for long. All she knew was he was kind to her, which was a first.
And then one day, he wasn’t there. There were rumours at school, snide comments in the coffee bar: he’d been arrested; he’d run away to escape arrest; the family had run off without paying the rent; he’d joined the army (although everyone agreed that seemed highly unlikely). Elsa didn’t believe any of them — and when he appeared again three months later with tales of a sick grandmother in another country, she’d been so pleased to see him, she hadn’t looked too closely at his excuse.
But now, with the printout of his rap sheet in her back pocket and the sniffer dog’s find as evidence, Detective Sergeant Elsa Jones knew she was going to have to talk to Danny one more time. And this time, there would be no excuses.