Day 2: The Road to the Isles

At 5.15am blue skies and sunshine augur well for our road trip. Our plan to leave “really early” has evolved into “be on the road by eight” and then to “maybe seven would be better to avoid rush hour. In the event, we eat a full English, courtesy of Sheila’s husband Simeon; hit the Co-op for cash-back (15p no longer the sole contents of my purse) and make it to the M42 by 7.50am. Belting up the M1 a short while later, we do the sums and estimate we will be there in around eight hours. 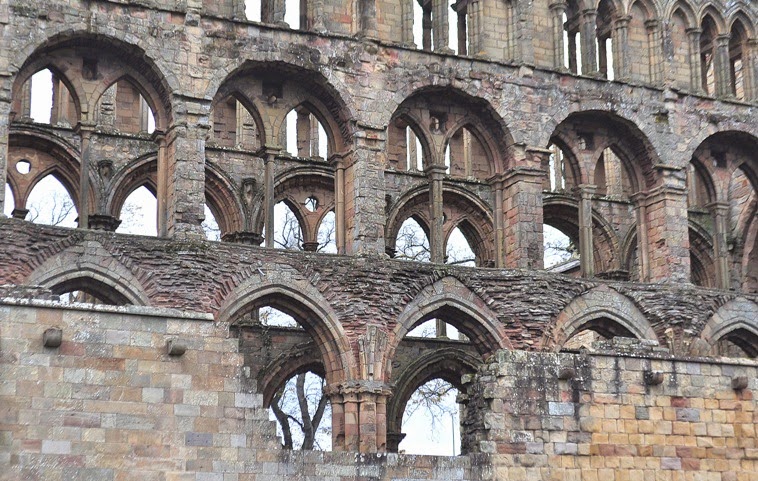 We reach Scotland in time for lunch in Jedburgh, with its beautiful ruined abbey. The motorway is a long way behind us and our progress across Northumberland has been slower. We recalculate and realise we are about four hours out in our estimate of journey time. 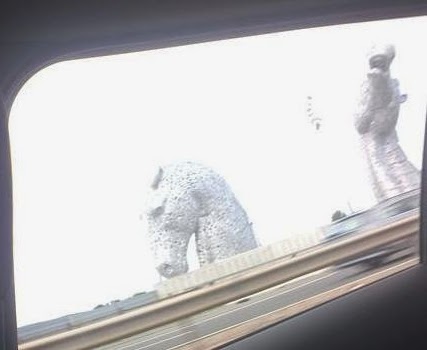 Skirting Edinburgh, we fly past the Kelpies at Falkirk and head up the M9 for Stirling. Sheila’s eyes give out and we pull off the motorway to switch drivers. Only then do we learn the significance of gaps in the junction numbers on a road map: there is an exit, but no re-entry point (the Scottish version of Hotel California?). After a couple of miles drive along a country lane with no signposts, no laybys and no side roads (and I’m sure we’ve all had that sinking feeling occasionally) we find a turning point, change seats, retrace our steps, take a guess at turning left – and end up in Linlithgow which has a) another wonderful old building in its castle and b) a sign back to the motorway. We vow to look up all these new places when we get home.
Off the motorway finally, we head “north and left a bit” through our first mountains, each sight more spectacular than the previous one. The blue skies and sunshine have long since been replaced by lowering cloud, but it’s still dry and clear enough to see patches of snow on the higher peaks.
Around 5pm, we pause in Strathyre for coffee, Having been very good all day, food-wise, we feel the need for a sugar rush and hit the village shop for barley sugar and sherbet lollies. 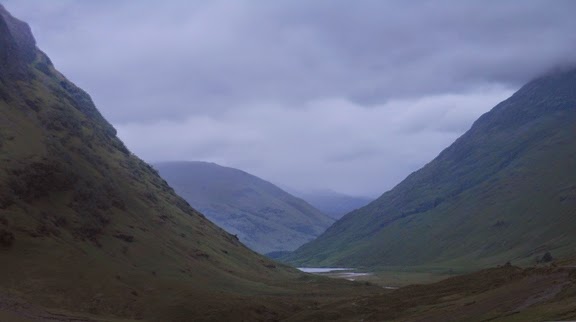 At Glencoe, Sheila does a rapid right turn into a tiny layby, shouting “Sorry, must take a picture”; we meet our first midges and start a fashion – by the time we leave, there are three other car loads taking the same shots.
At Fort William we fail to see Ben Nevis, thus joining many others thwarted by low cloud, and hit the Road to the Isles. We have been warned to drive with are due to sharp bends, slippy roads and stray deer (we townies not realising it’s rutting season and the deer have better things to do than stand around for our amusement). By this time, tiredness and an excess of sugar have taken over and we fantasise about the deer hiding behind trees, giggling at us. Every road sign is converted in our minds to a deer-related one:

I even think I see one for deer disguised as wild boar (although Sheila doesn’t spot it and later I doubt my own eyes).
When we see the sign for Glasnacardoch, we take the right turn as instructed, climb a hill and cross a narrow bridge as instructed, turn into a narrow lane as instructed, take a wrong turn and end up in someone’s very small front garden. Sheila does a rapidish 3-point turn, avoiding – just –  house and parked vehicles and we high-tail it back up the lane, take the correct turn, doubt ourselves but keep going – and finally spot Margaret’s car at the top of a very steep slope. It’s a bit late to realise twelve hours and 665 miles from home that the Land Rover might have been a better choice.

But finally, we have arrived!