An Edinburgh Setting by Val Penny 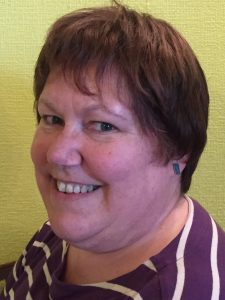 This week, I’m handing over my blog to fellow Swanwicker and debut novelist Val Penny.  In the week that Hunter’s Chase is launched, she’s going to  tell us a bit about setting and why she chose Edinburgh for her detective’s home patch. So, over to you, Val.

Thank you for inviting me to your blog today. I am very excited because my debut crime novel,  Hunter’s Chase is published by Crooked Cats Books.

The story is set in Edinburgh, the capital of Scotland. I think setting is very important to a novel and did consider creating an imaginary town for my main protagonist, Detective Inspector Hunter Wilson. However, I know the city of Edinburgh well as I lived there for many years and it has everything a writer could need. It is a diverse city with all different kinds of buildings and people. It is small enough that characters can move around it quickly and large enough for it to be credible that anything I want to happen there, could happen.

Edinburgh is also a beautiful city with a castle, a palace and a cathedral, wealthy homes, horrible slums, fine restaurants, fast food outlets and idiosyncratic pubs. It is home to an Olympic size pool, the National Rugby Team and two famous football teams. It is also home to The Edinburgh International Festivals. What more could I or my characters want?

The city is situated on the south banks of the Firth of Forth. There are some lovely views across the Forth from Edinburgh to the county of Fife on the north of the river. There are three bridges crossing the Firth of Forth: the oldest is the Forth Rail Bridge, built in the nineteenth century, the Forth Road Bridge was built in the twentieth century and the most modern, a bridge for road traffic was completed in the early part of this century, named the Queensferry Crossing. 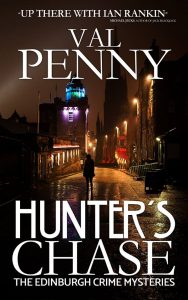 Hunter Wilson is divorced. He lives in a flat in Leith, an area to the north of the City and drinks in his local pub, the Persevere Bar. His home is also close to one of the main soccer grounds in Edinburgh, the Hibernian Football Ground. Hibernian Football Club, commonly known as Hibs, is a Scottish professional football club.

The other main character, Detective Constable Tim Myerscough is Sir Peter Myerscough’s son. He lives across the city from Hunter, in the south-west of the city. He moves into a flat Gillespie Crescent between Tollcross and Bruntsfield. His local pub in the Golf Tavern, off the Bruntsfield Links.

A wonderful free activity to do all year round is to play golf on Brunstfield Links.Situated south of Melville Drive, there are two courses available to play on. A summer short 36 hole course (open end of April to September) and a 9 hole winter course (open October to end of April).  It is believed to be one of the oldest sites of golf as it pre-dates the seventeenth century; the short hole course was founded in 1895.

DC Tim Myerscough’s father, Sir Peter Myerscough, lives even further to the south in the Morningside district of Edinburgh. From his large house he has fine views across the Pentland Hills, which are situated just outside of Edinburgh. The reservoirs are picturesque and each hill is slightly different. If you are fit enough, you can go on top of all of the hills in one day.

Edinburgh is such a diverse and cultural city, home to The Edinburgh International Festivals that represent all aspects of art, three universities and several colleges and the Scottish national rugby ground at Murrayfield. It is the perfect place to situate Hunter’s Chase and the cases DI Hunter Wilson has to solve.

Val Penny is an American author living in SW Scotland. She has two adult daughters of whom she is justly proud and lives with her husband and two cats. She has a Law degree from Edinburgh University and her MSc from Napier University. She has had many jobs including hairdresser, waitress, lawyer, banker, azalea farmer and lecturer. However she has not yet achieved either of her childhood dreams of being a ballet dancer or owning a candy store. Until those dreams come true, she has turned her hand to writing poetry, short stories and novels. Her first crime novel, ‘Hunter’s Chase’ set in Edinburgh, Scotland will be published by Crooked Cat Books on 02.02.2018. She is now writing the sequel, ‘Hunter’s Revenge’.

You can find out more about Val and her work  at her website; www.authorvalpenny.com ; you can also catch up with her on  Facebook; by joining the Friends of Hunter’s Chase Facebook Group ; or by following her on Twitter.

until Edinburgh is safe.

DI Hunter Wilson knows there is a new supply of cocaine flooding his city and he needs to find the source but his attention is transferred to murder when a corpse is discovered in the grounds of a golf course. Shortly after the post-mortem, Hunter witnesses a second murder but that is not the end of the slaughter. With a young woman’s life also hanging in the balance, the last thing Hunter needs is a new man on his team: the son of his nemesis, the former Chief Constable. Hunter’s perseverance and patience are put to the test time after time in this taught crime thriller.