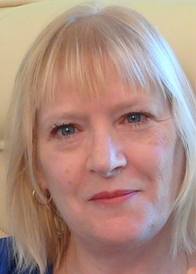 This month’s visitor was the first guest on my monthly interview slot back in October 2013. She’s a fellow Devonian writer, although we met online long before we got together in person. Her second novel The Love Shack is published on 28th July, and she’s popped back for another chat. This month, I’m delighted to be chatting (again) to Tina K Burton.

Hello Tina; good to see you again. Tell me, what’s your earliest memory — and how old were you at the time?
I can remember lying in my cot, wishing my mum would wake up. When I described the room to my mum, she said I was about 12-months-old.
What was your favourite subject at school — and which was the lesson you always wanted to avoid?
My favourite subject was English, and I tried to avoid most other lessons. I didn’t like school!
If you had to escape from a fire, what three things would you take with you?
Excluding people and animals, my koala bear that I got when we lived in Singapore and I’ve had since I was about three, my tarot cards, and my ipad.
Talking about yourself, how would you finish the sentence “not a lot of people know…”?
That I married my next door neighbour.
Where is your favourite place on earth — and why? 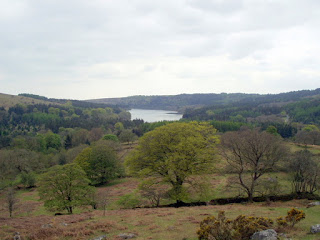 Burrator reservoir in Devon. Because I have an affinity with trees and nature, and there’s a part of the reservoir where you can climb up some rocks and sit on top. The view, out over the moorland, forests and reservoir is stunning.
How do you relax?
I play a Nintendo DS game called Animal Crossing. I play with a group of mainly women, from all over the world. I’ve made some good friends in the ten years I’ve been playing it, and met a couple of the people in real life.
If you knew you only had 24 hours left, how would you spend them?
Cuddling my husband, daughter, and dog, whilst eating all my favourite food and drinking wine.
If you could change one law, what would it be?
It’s not a law as such, but I’d make prison mean prison. No games consoles, three-course meals, cigarettes or TV. A punishment ought to be just that.
If you could change one thing about yourself or your life so far, what would it be?
I’d have started writing a lot earlier…in my twenties rather than my forties.
Describe your ideal menu — and where would you like to eat it?
Roast pork with all the trimmings, including Yorkshire puddings, followed by raspberry trifle, made without jelly. I’d eat it at home, in my pyjamas, with my husband.
What would be in your ‘Room 101’?
Spiders, eggs, offal, most meat apart from pork, people who don’t punctuate/use grammar properly, Keith Lemon, and Jelly.
If you were a car, what type would you be — and why?
A small fifties sports car in baby blue. Because I love old cars, and I could sit in it with my headscarf and sunglasses on like Audrey Hepburn.
If you could meet one person from history, who would it be — and why?
Hitler. So I could kill him before he started the Second World War.
Watch a film, go to the theatre, read a book or talk to friends — which would you prefer?
Read a book.
If you could take part in one television programme, which one would it be?
Downton Abbey. I love period dramas.
What would you have printed on the front of your T-shirt?
Be kind.
Would you describe yourself as left-brain (analytical), right-brain (intuitive) or a mix of both?
Right. I’m not analytical at all.
If you could do any job, what would it be and why?
If I could go back and start again, I’d like to work in forensic pathology. I trained as an embalmer as part of my job in the funeral profession, and found it fascinating. I’d like to have had the job of determining how and why a person died.
Tina, thanks for dropping by – and good luck with the new book! 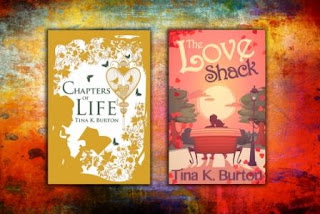 Readers, you can find more about Tina and her writing on her blog or on her Amazon author’s page.