[Today’s snippet of new prose has seen the light of day before. In April 2013, I published an ebook called Parcels in the Rain and Other Writing. Tomorrow, I am publishing the print version. So today, here’s a little taster, based on an wonderful evening I spent in Plymouth a couple of years back.] 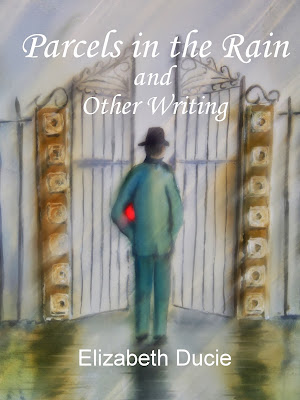 They come in ones or twos at first. A trickle becomes a flood, then stops. They capture territory — on rugs or chairs, with food and beer. Barbeque wood-smoke scents the air. Children and dogs roam free as daylight fades.
The sea is liquid plastic. Yachts are cornflake packet models. A ferry hugs the coast, shy of entering port. The distant coastline glitters with fairground lights beneath the orange-striped horizon. 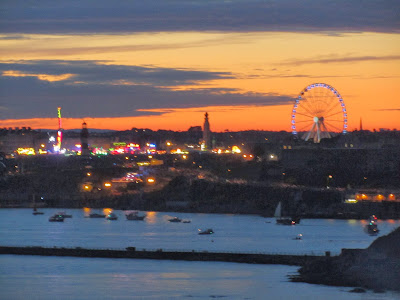 Flares hit the sky. The sea begins to boil. The liquid plastic ignites in rainbows, shooting skywards, before dropping back on anchored boats.  Smeaton’s Tower blazes through the smoke. Palm-trees bloom golden then fade away.
Faces turned towards the sky, they gaze with children’s eyes, wide open, smiling, in awe. They’ve seen this spectacle six or sixty times, but still it’s like the first. Their murmured praises lost beneath the waves of sound, they reach out and trace the glowing trails across the sky. 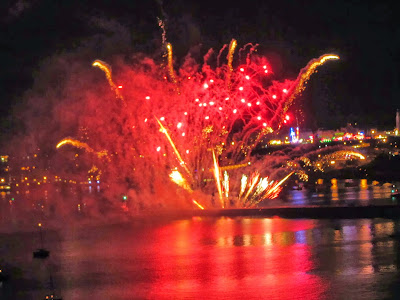 A faint smell of cordite lingers on the breeze. Ears are stunned by explosions: the bangs and whines of igniting dreams. The after-image burns upon their eyes.
They leave in ones or twos at first. A trickle becomes a flood, then stops.