My Working World: M is for… 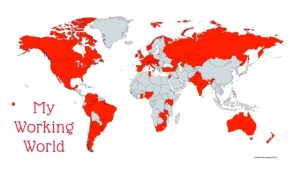 Looking back through my blog, I am surprised to find it is eleven months since I last wrote one of these pieces about My Working World. But there’s been a lot happening lately, so I guess that’s understandable. However, now we’re back on track and have reached M. If you want to read any of the earlier ones just click on the appropriate letter below. But in the meantime, let’s move on.

There are eighteen countries in the world beginning with M, of which I have visited six: Mexico, Morocco, Malawi, Mauritius, Malta and Monaco. Of these, Morocco and Malta were holiday trips only, so they don’t count. And I’m not really sure we should include Monaco: I was attending a conference in the south of France and one of the engineers took a party of us across the border one evening for dinner and a visit to the casino. So in true working terms, my list is Mexico, Malawi and Mauritius.

But, as we’ve found before, there’s far more choice if we consider cities. According to Wikipedia, there are more than 300 major cities beginning with M. I’ve visited seventeen of them in total, and nine for work, over the years. I’m going to dismiss Madrid, Manchester and Milan as mere meeting and conference venues; which leaves me with Manaus, Mexico City, Monterrey, Montevideo, Moscow and Mumbai. I was surprised not to find Mbabane on the list, but apparently the capital of Eswatini only has 94K inhabitants, which means it’s not classified as a major city. However, my blog, my rules, so it’s going on the list as well. [And for TV quiz fanatics, it’s worth noting Eswatini is the new name for Swaziland; it’s gained me several Pointless answers recently.] 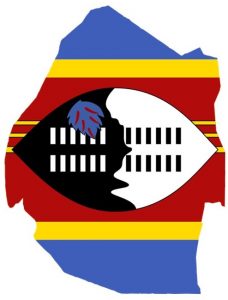 I’m going to start with Mbabane. We visited Swaziland back in 2004, as part of the Commonwealth Secretariat project to improve regulation of drug manufacture across COMESA countries. It is a landlocked country, almost completely surrounded by South Africa. I don’t remember there being any factories to view; so our meetings were with government pharmacists and an occasional politician.

The only hotel in the capital was full when we arrived and, having turned our noses up at the bed and breakfast establishment in the hills, we ended up staying in the King’s Villas. And that’s what they were. An estate of four bedroom villas, which would have looked at home in Surrey or Hampshire, built the previous year to house delegates at a Commonwealth Conference. I was given a whole house to myself, while my two male colleagues were in the one next door. There were a lot of plate glass windows; it was very dark and still outside; and I was too scared to sleep in either the king suite or the queen suite on the ground floor, opting instead for one of the smaller, but equally luxurious rooms on the first floor. In the morning, I was woken by the sounds of singing and dancing outside. Apparently the King himself had spent the night just across the street from me. It was one of the most bizarre situations I ever remember (and in more than twenty years of travel, that’s saying something).

Montevideo is the capital of Uruguay. In my corporate days, we had a small contract facility there, making our products under licence. I visited annually in the late 1980s, early 1990s and always found it a friendly, relaxing place to be. Like neighbouring Argentina, the locals spoke Spanish, but there were more English speakers, which was just as well, since my language abilities are limited.

My lasting memory of the place comes from my very first visit. The hotel was very grand in a faded sort of way, and the waiter looked like he’d been there since it opened. The trip was my initiation as a team leader, and I was accompanied by my boss and two colleagues from other departments, much more experienced than me, but quite kindly tolerating the green newcomer at the table. At breakfast on the first morning, the waiter went through the ritual of checking room numbers. Which room was my boss in? Colleague number 1? Colleague number 2? And which one of the three was I sharing with????

Finally, a word about working in Mexico. Once again, this goes back to my corporate life. The company’s regional office was in Mexico City and its factory was in Monterrey. So a couple of times a year, I would visit the country and travel between the two cities. Except once. My visit coincided with a staff conference and the Director decided it would be a good experience for me to participate. We all headed off for a conference venue at Manzanillo on the coast. Arriving, we found it was a holiday resort where our rubber wrist bands got us entry to all the pools and free drinks at the bar day and night! My Spanish improved somewhat during the few days we were there, as did my swimming and my sun tan. But we also got a lot of work done. And I vividly remember sitting with a group at around 2am one morning after a long day of meetings, followed by an evening of eating, drinking and relaxing, only to find they had all switched back into work mode and were in deep discussion about sales figures and production targets. It seemed a Mexican was never completely off duty!