Travelling to Ukraine was one of my most enjoyable and fascinating experiences in recent years. I first went there in 1999 and, for the next decade, returned several times a year. I saw many changes in the country — some for the better and some for the worse. Ukraine was a young country, developing and growing, just a few years after gaining independence from Russia. Like all teenagers, it was having a few problems — fighting against authority, wanting to be taken seriously by the adults and throwing the occasional temper tantrum. But through it all, it seemed to be moving towards maturity. 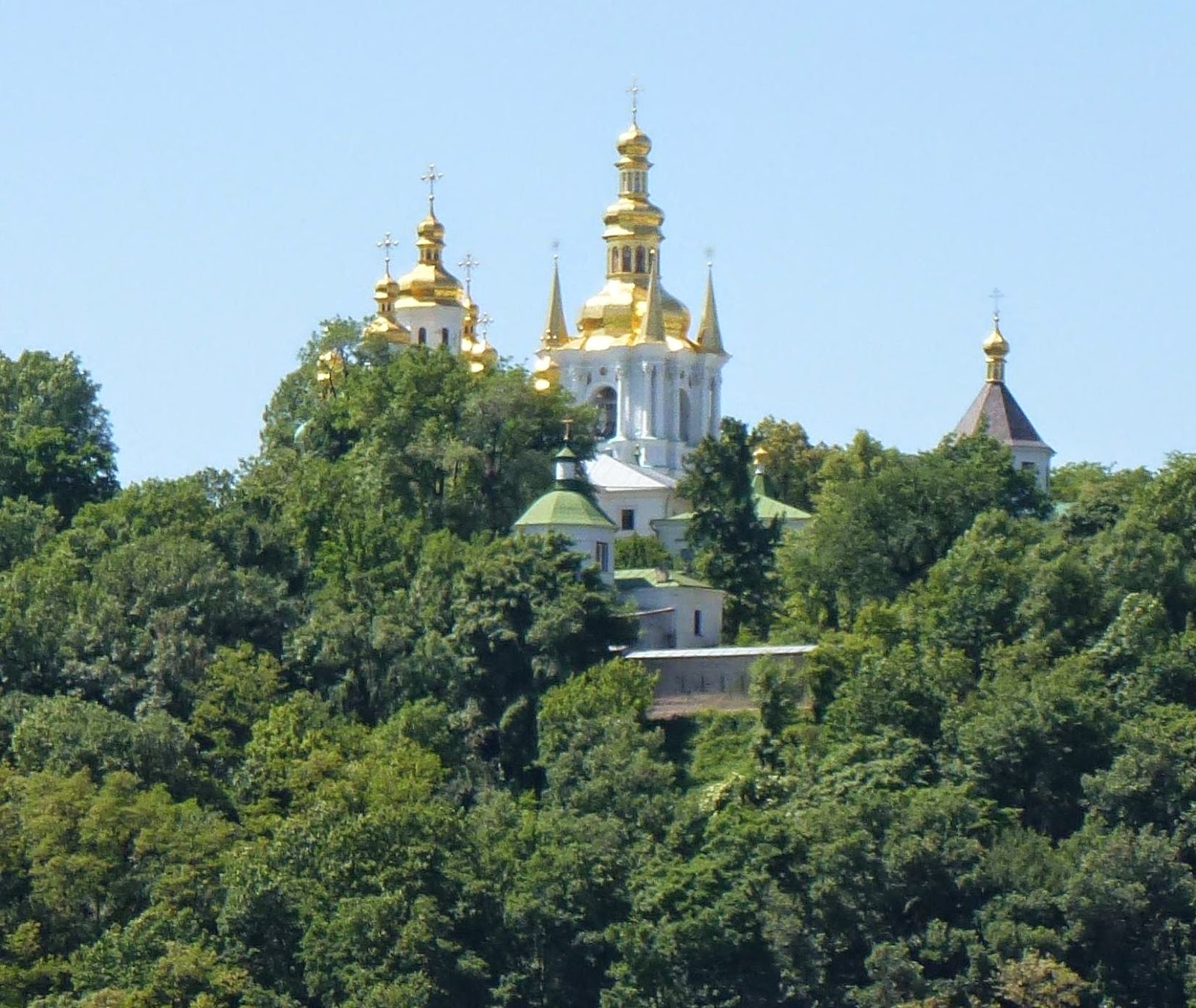 For most people, the first introduction to Ukraine is via Kiev, the capital city. Similar to St Petersburg in architecture, and with many beautiful churches, it is a lovely place. Driving in from the airport, the first view of the city takes in the river, the golden onion-domes of the Lavra Monastery and the huge statue of Mother Ukraine, with sword held aloft.  I saw this view in many seasons and at many times of the day.  It never failed to take my breath away.
The main part of the city is built on hills rising on either side of the main street Kreschatick. This wonderful thoroughfare was blocked off each Saturday and Sunday to allow the citizens of Kiev to promenade.  It made an especially interesting spectacle in the summer when beer gardens sprung up all over the place.  People slowed down, taking the time to stop, chat or just take in the sights.
My favourite part of the city was around the remains of the Golden Gate — the great gate of Kiev, immortalised in Mussorsky’s Pictures from an Exhibition.  I always stayed near there. Within walking distance were several good, economically-priced restaurants  or good grocers’ stores if I wanted to eat at home.  Best of all, there was the Theatre of Opera and Ballet.  My first task, every time I arrived in the city, was to grab the paper, find the programme and then buy tickets for as many performances as possible.  It was a great experience to walk along the street on a summer’s day and hear all the singers and musicians practising behind open windows.
As well as spending time in Kiev, I had the opportunity  to visit cities at two extremes of the country.  In the east was Kharkov. Close to the border with Russia, it remained fiercely supportive of its old ruler and many people hankered for the old days.  It was rare to find a Ukrainian speaker in that part of the country. Recent news reports from Kharkov indicate that this is still the case.
However, the opposite was true in L’viv, to the west.  Close to the border with Poland and hence a close neighbour of the European Union, this was a city which definitely looks westwards.  It was rare to find people speaking Russian here.
Even then, these two cities spelled out the differences that were contained within Ukrainian society.  In Kiev, the two extremes met and merged, more or less harmoniously. Tragically, this harmony seems to have temporarily disappeared.
Even then, this was a less than perfect state. There was talk of corruption in the government and in business; there were political problems and continual coups in government departments.  But for me, the true nature of Ukraine was found in its people.  They were kind and generous, hard-working but fun-loving.  I made some good friends and am still in touch with many of them. I wish them well in the coming months and hope the restoration of peace and stability is not too far away.