[Recently, I was delighted to win the weekly ‘Write Invite’ competition. Based on one of three triggers, posted at 5.30pm on a Saturday evening, the exercise is to write and submit a piece before 6pm. In such a short time, the emphasis is inevitably on getting the words down, rather than fully polishing the piece. Today’s snippet of prose is the story that won me my prize.] 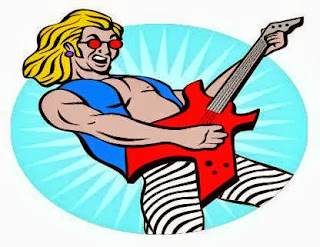 I might not have been conceived in the back room of the Kings Arms just after closing time one Saturday night in December 1998 – but that’s where it all started. My mother had gone with her mates to see Crimson Star playing their farewell gig before heading for London and ‘the big time’.
Everyone loved Crimson Star – four local lads with ambition to top the charts and then make it big in the States. Charlie Mann the lead singer was everyone’s favourites. He had all the girls – not to mention a few of the boys – sighing after him. Yes, everyone wanted to be with C the Mann – apart from my mother, that is.
Mum took one look at Chris, the drummer and she was gone. He had long curly hair tied back with a leather strap; he wore sleeveless T-shirts, even in the middle of winter, and he had a picture of Keith Moon tattooed on his chest.
When the gig was over, mum’s mates all gathered around Charlie; everyone was paying attention to him; no-one had eyes for anyone else, so no-one noticed when Chris took mum’s arm and pulled her away from the crowd and into the back room.
When Crimson Star left town two weeks later, my mum went with them. Well, not exactly with them, in the van – but she ran away from home, moved to London, got a job as a temp – and then started following the guys around wherever they went. At first they laughed at Chris, told him he was soft to put up with her, but gradually, they stopped, when they realised he was serious about her.
By the time they’d all been in London for six months, mum had stopped temping and started acting as a backing singer on some of the gigs. But then she got pregnant – and things started to go awry. My dad didn’t want her working while I was on the way. The band didn’t want a pregnant woman cramping their style – not a good look in the dressing room and at the late night parties. So mum and I came home. She didn’t expect to see Chris ever again.
If you’re going to be brought up by a single parent, it sure helps to be able to tell your mates the missing one is a rock star. When they ask me why it’s always my dad who picks me up from school, I tell them about Crimson Star, about four young lads who lived the dream until they woke up. And I tell them about one – called Charlie Mann – who became a record producer, remembered a pregnant young woman with a voice like Janis Joplin, and took here away to change her life. Then I point to the pictures on YouTube and in Hello! 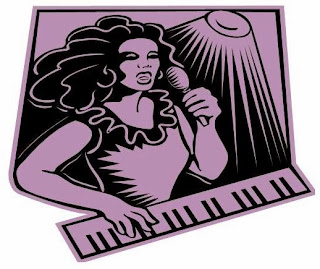