Rushing to the Ball Part 2

[A couple of weeks ago, I posted my take on the old fable The Tortoise and the Hare. This week’s snippet of new prose is the same story, told through the eyes of Harold Racer, one of the two brothers.] 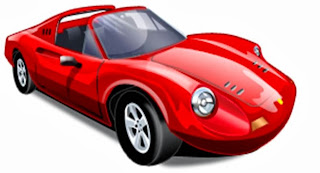 He’s such a slowcoach that brother of mine! I’ve been ready for ages and he’s still fiddling with his bow tie.

“Come on Tommie, get a move on! “ I say. And then he tells me he’s taking the Land Rover — well, he could have told me before — I’d have had a chance to suss out the talent while the Pimm’s was being served.
OK, keys, ticket, wallet — here we go. Car’s looking good. I had her polished specially — the girls do love driving in a shiny red motor.

Oops, that was a bit slippery — someone could hurt themselves there — must mention that blind corner to the old guy up the road — he’s on the Council — he’ll sort it out.
Funny, the road looks all shiny down there — late sun shining through the hedge I guess.