Sightseeing At The Airport 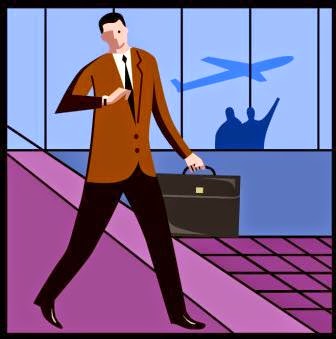 Since moving to the south-west, we always travel to the airport a day early, even when, as now, our flight isn’t until the afternoon. Call it the M25 syndrome – that still makes me leave home an hour in advance of any appointment in Exeter (10 miles away) just in case there’s a hold-up in the traffic (well, it does happen sometimes, even in Devon); or call is lack of faith in our public transport system, but a career spent travelling the world has left me with a horror of having to rush to an airport. While this policy adds to the length (and cost) of any trip, it certainly reduces our stress levels. We stroll to the terminal with all the time in the world, smiling indulgently at the harrassed looking commuters who rush from one queue to another.

Someone high up in the hierarchy of Gatwick management has obviously set the policy that customers will henceforth be addressed as guys. Walk this way, guys; there’s an empty lane down the end of the hall, guys; have you passports and boarding passes ready for inspection, guys. This is a form of address I frequently use myself when emailing groups of friends or members of the Christmas Lights committee. I will reconsider this practice now I know how irritating it can be. 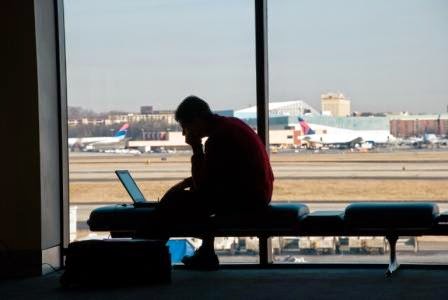 I lost my silver membership of the BA Executive Club when I stopped taking transatlantic flights (I never did make it to gold) but our booking with long-hoarded air miles gains us an invitation to the lounge – and as I watch business people preparing for meetings, making calls, writing reports, I relive the moment when I decided I’d had enough – and stopped. And I am thankful! 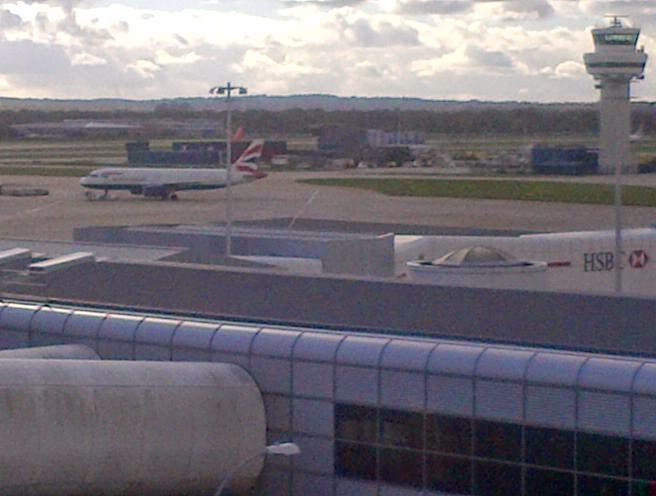 Much of day two feels like a typical morning at home: a leisurely breakfast; checking emails and Facebook; reading (M) and writing (me); a stroll to the shops; and lunch. The only difference is the view from the windows is of runway and planes, rather than trees and a stream – and there are rather more Tannoy announcements than we are used to in Chudleigh.

Our flight is tranquil, despite the presence of a large school party. However, for the first time ever, our drinks are rationed! With no re-provisioning planned in Malaga, the crew has to ensure sufficient drinks for the return flight and Michael’s request for a second drink is refused. Come on BA; what’s happened to ‘To fly, to serve’?
Landing at Malaga at 7.30pm, the temperature is above 25°C. It’s not much cooler when we retire to bed after midnight, following an evening of chatter, catching up with old friends, out on their balcony. The benefits of spending autumn or winter closer to the Med are brought home to us once more.