Sunday by the Sea 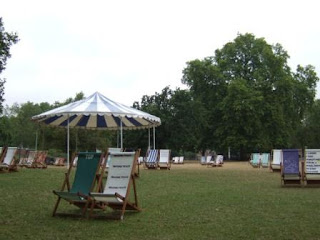 A Sunday afternoon at the English seaside often used to involve music: a bandstand, a few musicians playing their socks off, the audience dozing in deckchairs. And at the end of last month, it was a bit like that on Torquay seafront. 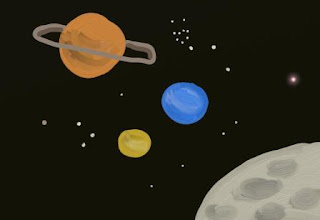 Except the bandstand was replaced by a massive marquee, the musicians were virtual – members of the Philharmonia Orchestra – and the music was Gustav Holst’s suite The Planets playing on a loop all day. iOrchestra was back in town.
The concept is a fascinating one; different rooms throughout the marquee are dedicated to different parts of the orchestra: strings give way to woodwind, to keyboards, to timpani. In the central space, The Dome, screens around room show all sections plus the conductor and it is like being in the centre of a live performance. 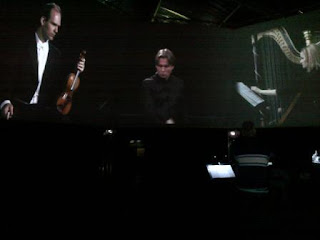 The installation was in place for two weeks and local amateur musicians were invited to go along and ‘have a go’. It was a great chance for them to play with a professional ensemble.
Anyone who knows The Planets will remember there is a female chorus at the end of Neptune  – which is where I came in. A scratch group of sopranos and altos met together for one day only to learn and perform that chorus. We spent two hours rehearsing and performed the six minute piece a couple of times during the afternoon. 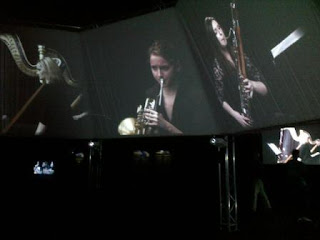 The marquee was dark, so we could barely read the music – and it wasn’t the best performance any of us had ever given. But it was great fun – and it was certainly a different way to spend a Sunday afternoon.
If you’re in the West Country, look out for iOrchestra this summer. It’s well worth a visit, whether you are a musician or just a lover of music. This is the second year of the project. I’m really hoping there will be a third – and many more.