Swanwick65: A Day Of Firsts

It’s been a real day of firsts. Obviously, it’s the first day of Swanwick, with all that entails: the hugs on greeting old friends; the satisfaction of delivering books to Lois in the book room; the effort of collecting keys and carrying bags all the way through Lakeside before settling into my home for the next week; the regret at absent friends (and you know who you are); and the sorrow at friends lost for ever.
But for me, there were a few other firsts:

It’s the first time I’ve ever seen the lake. And yes, I know this is my fifth visit to Swanwick and I should be ashamed of myself – but what can I say? I’ve always been on the wrong side of the building; or in a different building; or it’s been raining (actually, it’s usually been raining)! But now, I know where the lake is and I may even take a stroll around its perimeter after lunch some of the days.
It’s the first time I’ve been on the team of key stewards – and it was a great way to throw myself straight into the week. I’m normally quite shy when I get here and find it difficult to talk to people, but there’s nothing like ‘being on duty’ for breaking the ice. I now know where all the rooms are in the Main House, how many steps there are in each staircase – and how to tell the difference between the keys for rooms 6 and 9.
It’s the first time I’ve attended the White Badger reception as  Workshop Leader and actually behaved appropriately, as opposed to hiding in the corner. I talked to complete strangers, aware that they might be far more nervous than I was; answered questions about my workshops (tomorrow, 9:30am and 2:15pm for anyone who wants to Sharpen Their Business Tools); and gave the usual warning to the ‘Swanwick Virgins’ about not trying to do everything on the programme. Of course, they won’t take any notice of that last piece of advice, but why should they – we didn’t in our first year either.
It’s the first time I’ve refused second helpings at lunch; chosen fruit instead of chocolate dessert; ignored the cake and doughnuts at teatime; and only had a half slice of cheesecake at supper time. Yes, this year, I WILL pace myself; I WILL go home the same weight as I arrived; I will NOT overeat!
So much as I really appreciate the surprise presented to me at the Chairman’s Welcome (for working on the newsletter), that’s one box of chocolates that’s going to remain closed until I get home and can share them. And really will be a first! 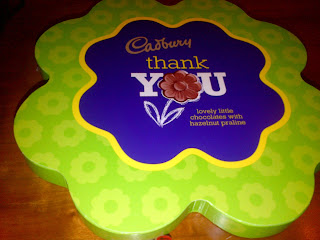 Our first guest speaker of the week was James Moran, TV and film screenwriter whose credits include episodes of Doctor Who, Torchwood, Spooks and Primeval (and what’s not to like about a man who brings David Tennant to the Hayes Conference Centre on a Saturday evening, even if only virtually?).
In what Diana Wimbs described as: “a Master Class for all types of writing” James took us on a journey from the primary school classroom where, as a four year old, he used to draw pictures of houses on fire and first wrote a story exceeding 4 words; via the filming of his first screenplay, where the reality of what was happening sent him “to hide in the toilet and cry for ten minutes”; to the experienced professional of today, who still thinks he’s “going to be found out one of these days”.
The key messages from his presentation were:
In summary, James’ advice was to be nice to everyone you meet; read lots; write (and rewrite) lots – and kill people violently on screen.
And if that doesn’t sound like a comfortable life, as he reminded us, we could be digging holes for a living instead.