As the clock ticked around to 9.30 on Monday morning, the screen remained determinedly blank and I realised I wasn’t going to get my presentation to run, I grabbed a pen and headed for the flip-chart. It was like being back in one of my training courses in Russia (without the translator, the snow and the vodka, of course). There are some things you never forget! I hope it wasn’t too disruptive for the audience – but for me, it was just like the good old days. 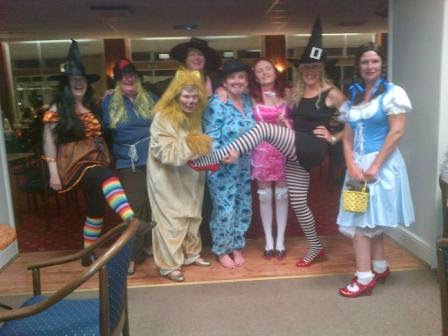 On Monday evening, we had The Wizard of Oz fancy dress disco, where there was even a yellow brick road. Mind you, it was a 21st century version: in our group, Glinda was channelling Marie Antoinette; the lion had a mobile phone; the scarecrow’s toenails were peacock blue; Dorothy’s legs were bruised from working with a chainsaw; and as for the Wicked Witch – words fail me! The tin man was in for an oil change – and we never did find our wizard! But a great time was had by all – and the disco was almost as much fun as the impromptu dressing-up party beforehand. 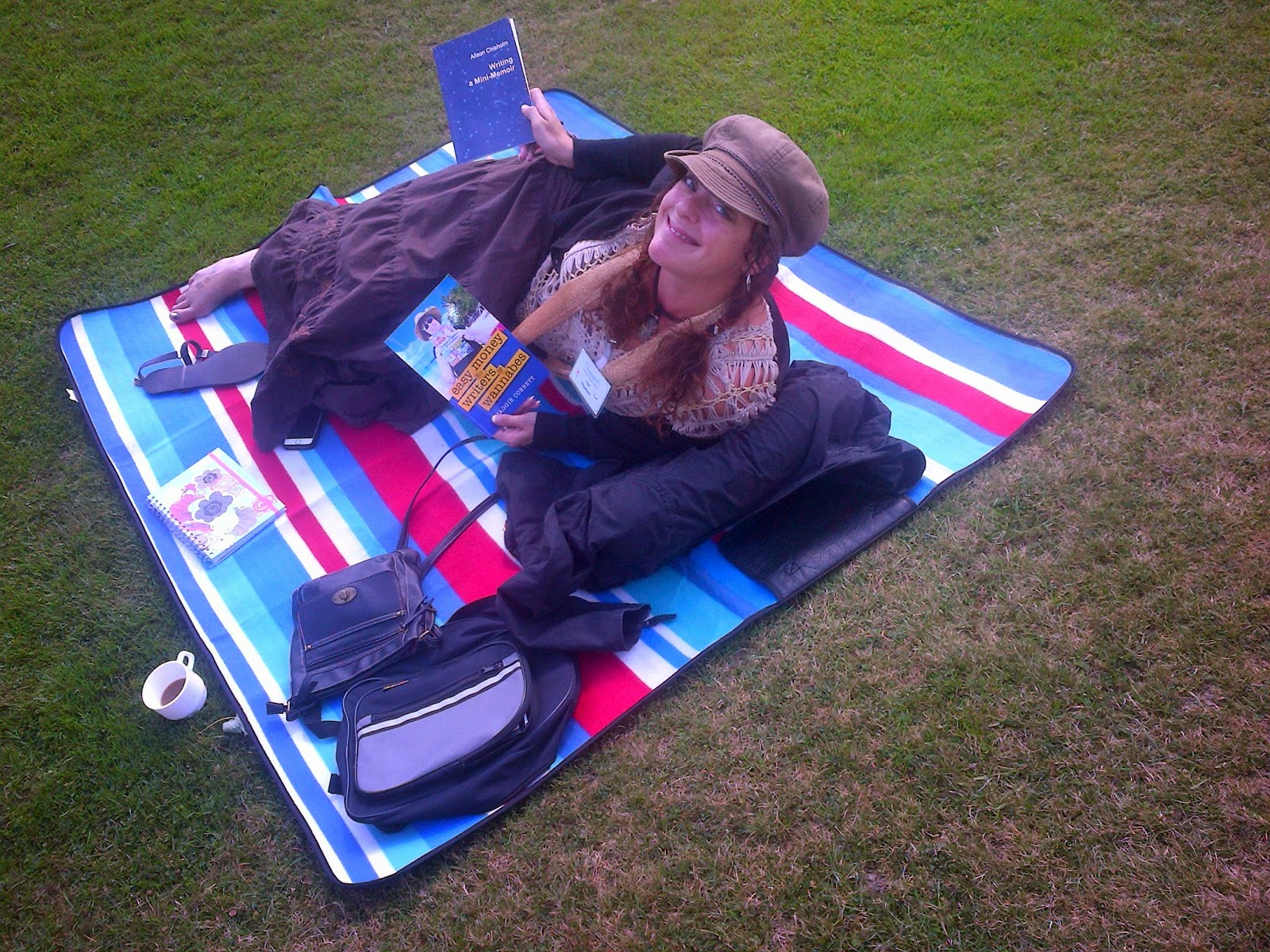 And a few more of my highlights from the past two days (not necessarily in chronological order):
The wonderful buzz from a roomful of syndicate groups working on plot problems;
Listening to VC Michael tell jokes he pinched off Rabbi Lionel Blue;
Hearing Diana reading Vivienne Seaman’s winning story;
Seeing the Swanwick lawn being used in a most appropriate way for a summer’s(?) day; 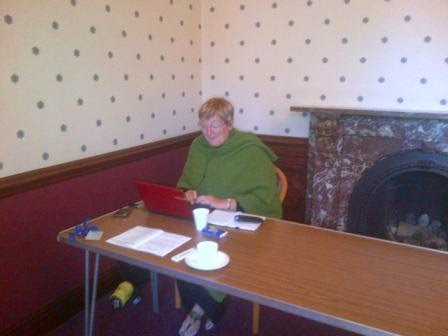 Getting an invitation to Shirley and Joy’s Swanwick Soiree.

Spending a Procrastination Free Day with Katherine get lots of work done on the novel; see, we do write at Swanwick sometimes;
And overhearing the following comment from one of the tables at dinner: we were having an orgy in his room – about six of us – and we broke the bed. [A small prize to the first person NOT here this week who can tell me who said it and whose room they were in.]
Tonight’s guest speaker was BBC journalist and author of the TV Detective novels, Simon Hall. As Diana said in her introduction, Simon is a great friend of Swanwick, and we knew we were in for a treat. But extra kudos is due to someone who manages to get our esteemed Chair to arrive on stage carrying an open bottle of beer and a glass! 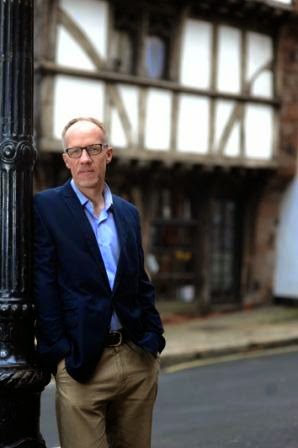 Simon talked about how he approaches his fiction writing, and what he believes is needed for good writing, particularly getting to know your characters. He painted a wonderful picture of driving to a job, chatting to one of his two main characters – so if ever you are at a traffic light next to Simon’s car, don’t be surprised if he’s talking to thin air. He also shared what he puts into his books (all the clues, plus lots of red herrings; social commentary; and revenge) and what he doesn’t: including explaining why he doesn’t write sex scenes!
There were obviously serious notes to Simon’s talk: particularly his memory of driving towards the capital on 7th July 2005 (7/7) and seeing the chilling notice: “avoid London, area closed.” But he also emphasised the importance of humour in all fiction, including crime and for many of us, the highlight of the evening has to be the otter lollipop story. No, he didn’t actually use that phrase – I invented it – but what better way is there to describe a dead otter frozen in a block of ice?