The Business of Writing is No Joke

I’ve been running my own small business, together with my husband, for twenty-two years and it’s been a complete joy (well most of the time anyway). To start with, there were only two of us. He was an education consultant; I had a ‘proper job’ but looked after the books and administration in my spare time. It took about two hours a month.
Then we got a bit braver and took on an employee, then another one. Before we knew it, there were eleven of us plus a group of sub-contractors and we had to start thinking about holiday entitlement, health and safety policy and other administrative systems. I left the ‘proper job’ to join the team full-time. I spent about a third of each month running the company and the rest on my own projects.
The team shrunk back to four and then there were just the two of us. We used sub-contractors from then on to fill the gaps. We moved offices four times, bought (and later sold) what seemed like vast quantities of stationery, office equipment and filing cabinets; at one point, we had nine of those, all full of paper.
The focus of the work shifted several times; the education consultancy waned as my pharmaceutical projects grew.  At one point, we had two suites of computers and provided software training on behalf of Business Link in Kent. My husband moved from education administration into tutoring. I gave up the technical work and began writing full-time. Today we think of ourselves as writers, publishers and tutors.
Soon after we set up the company, we wrote our objectives on a flip-chart. There were income targets, profit targets, client targets – and right at the bottom: “To still be having fun in twenty years’ time.” And you know what? We are! And for me, part of fun has always been looking after the systems, making the numbers add up,  keeping the papers in order. Over the years, I’ve learned a lot; made some mistakes; put them right; and identified the simplest way to run our small business. These days it takes me one day a month.
But I know that’s not a typical reaction to business systems. And I also know many writers hate the idea of losing creative time working on a spreadsheet or filling in forms. For the past few years, I’ve been presenting sessions on The Business of Writing at the Swanwick Writers’ Summer School. I’ve also blogged about it. 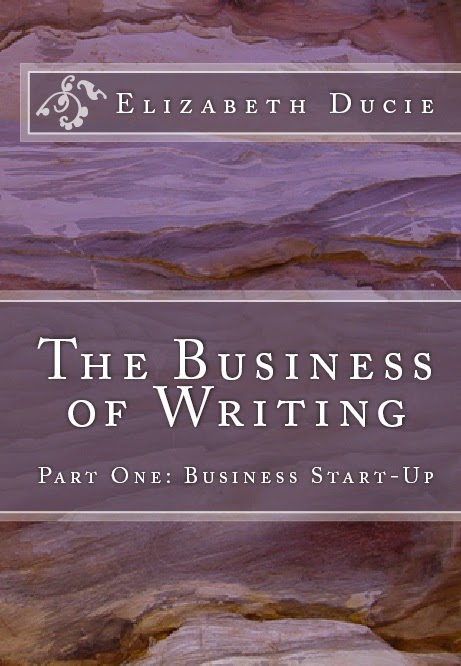 So, the purpose of this post is three-fold: to remind writers they are not alone in wanting to make their business as simple and time-efficient as possible; to reveal my shiny new cover; and to say that if you see an advert on 1st April for the first in a new series of ebooks on The Business of Writing, it’s not a joke.  It really does exist – and there will be more later in the year!

Tagged: book launch, Swanwick, the business of writing, writing as a small business