Today’s snippet of new prose is a piece of flash fiction arising from another of Morgen Bailey’s Story Writing Exercises: Monday Monologue: Her girl/boyfriend is cheating on her [25th February 2013]. 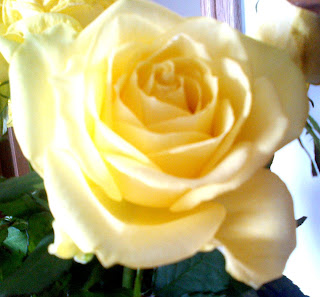 It’s Sally who tells me. She can’t wait to give me the good news; bitch!
“Guess who I saw in The Happy Hunter the other night?” she says.
“Brad Pitt? George Clooney? Arthur Askey — no wait, he’s dead, isn’t he?” I joke, although I know what she’s going to say. I just don’t want to hear it. Until she says it out loud, it doesn’t need to have happened; I can pretend it’s just a mistake. He wasn’t really out with someone else when I was at home nursing a streaming cold, too ashamed of my blotchy face and snotty nose to let him see me. He was sitting at home, watching television — that RomCom we’d planned to watch together — well, I’d planned it anyway; I hadn’t actually got around to telling him, but I’m sure he’d have been okay with it — well he watched it on his own, didn’t he?
Well, no actually, he didn’t, the bastard! I tried to phone him around ten thirty — after I’d given up waiting for him to phone me — and his mum said he’d gone out with his mates. To The Happy Hunter! And I knew what that meant. Girls — lots of girls — free girls — free in all senses of the word, apart from the cost of a few vodka and limes, of course. More importantly, girls who were able to talk for more than a few sentences without stopping to blow their noses. Girls who would be happy to take my Marty away from me.
“Your Marty,” Sally says. “He seemed to be having a great time. Good of you to let him go out on his own like that.” The bitch really is enjoying watching me squirm. “Most girls wouldn’t trust their fellas out on the town on a Friday night, on their own. You’re so brave, so trusting.” ‘So stupid’ are the words she doesn’t say, but they’re written all over her face.
I asked him on Monday if he’d done anything over the weekend. He just shrugged and said ‘not much’ and then shoved a bunch of roses into my arms. And not just petrol station flowers this time. This was an honest-to-goodness florist’s bouquet with raffia and pink cellophane, the works.
God, he must have been so bad to need to spring for one of those. I wonder how long I can make the guilt trip last this time. Could be good for some chocolates as well. Now I’ve got my taste-buds back, it would be nice to have something to nibble while we’re watching the film tonight.