The Evolution of Language: An Old-Fashioned Rant!

Our language is evolving. New words and phrases are admitted to the dictionary every few months.  The August 2013 update of the Oxford Dictionary includes: hackerspace [a place in which people with an interest in computing or technology can gather to work on projects while sharing ideas, equipment, and knowledge]; double denim [a style of dress in which a denim jacket or shirt is worn with a pair of jeans or a denim skirt, often regarded as a breach of fashion etiquette] and twerking [and if you don’t know what that is, you’ve probably never heard of Miley Cyrus either].
I don’t have a problem with new words entering the language; it’s part of the growth of our culture. In my business studies days, we were told that a business that doesn’t grow will die. I guess it’s the same with a language: just ask the Romans.
I even get text speak. Although I’m probably one of the few people who put apostrophes into my texts, I have been known to describe something as gr8 on occasion and even know where the emoticons are found on my phone. 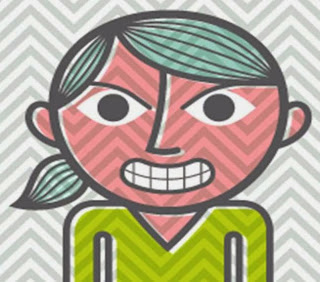 But there are a couple of linguistic habits that really annoy me — and, no, it’s not the use of the word ‘like’ in every possible phrase: that like so upsets me, there’s not like enough time to put all my thoughts down — so I’m going to leave that one to your own like imagination!
The first is the use of ‘no problem’ as an automatic response to any request. If I’m asking someone to do something really difficult and I’m not sure if it’s even possible, then ‘no problem’ would be a reasonable response (although a verb might be nice as well). Having a meal in a local restaurant recently, every request from a jug of water when we sat down to the bill at the end was greeted in that way. And I’m not going to mention the restaurant in question, since it’s by no means an isolated case. Somewhere in this country, is there a training company that teaches waiters, shop assistants and telesales operatives that ‘no problem’ is the appropriate response for all requests? Because if there is — I wish they’d stop!
The other phrase that sets my teeth on edge is ‘what was the name?’ I phone to check on progress with a delivery; I call at the box office to collect theatre tickets; I arrive at a restaurant where my every wish will prove to be ‘no problem’ and the first thing I’m asked is ‘what was the name?’. Please tell me I’m not the only person who is tempted to respond with ‘it was the same then as it is now’.
So, on this very wet Monday morning, join me in giving in to your inner grump: what words or phrases really set your teeth on edge?