There Is No Muse 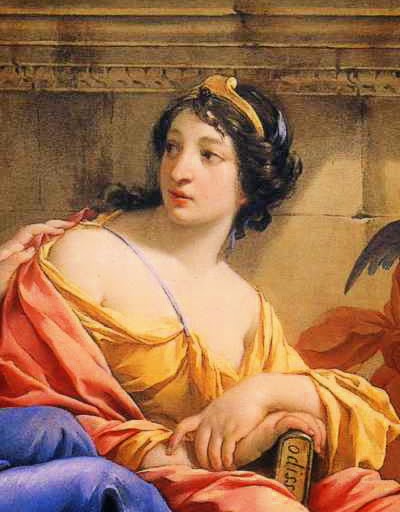 I have written more than nineteen thousand words so far this year! And it’s only 19th January. So it would seem that I’m not having too much trouble keeping up with the 100K in 100 days challenge. But have I written nineteen thousand words of value; or nineteen hundred? Or even nineteen? Sometimes it’s hard to answer that questions – or anyway to answer it positively.
I’ll have to wait until after 10th April (the hundredth day of the year) or even longer, before I can tell for sure. I will put the whole thing away for a few weeks and then come back to it afresh to see if any of it is usable. I know there are several pieces of flash fiction in there which might have potential. There are some passages of memoir that I may use in the sequel to Parcels in the Rain (provisional title Soggy Boxes under the Arm). And there’s even a whimsical retelling of a couple of familiar fairy tales that just might turn the pantomime world on its head.
Jodi Picoult in Why We Write tells us to “write even when you don’t feel like writing. There is no muse.” I’m not sure I believe the second part; how else would our characters force their way into our heads and write their own stories, determinedly ignoring our feeble attempts to control their behaviour and direct their actions? But I fully concur with the first part. I’ve kept writing my thousand words per day by using a different writing trigger from Ryan Kinder’s book 1,000 Awesome Writing Prompts, through exercises set at one of my writing groups, or from the topics posted on the Write Invite site, each time I’ve sat down at the laptop.  I’ve forced myself to keep going even when the topic didn’t really interest me.
I woke this morning with the dull realisation that it was Monday and I had no idea what would go into this week’s blog. Thanks to a wonderful morning of exercises at Chudleigh Writers Circle, I now have words on the page that I can edit for public consumption.
Readers: what do you do to keep writing when the muse deserts you?