When Did We Get So Fearful? 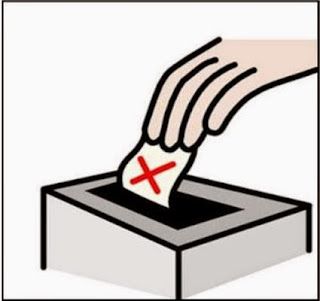 In our house, there is a level of uncertainty and anticipation about this Thursday’s elections – but it’s nothing to do with the national poll. For the first time in thirty years, our small town has more candidates than seats and we are being asked to cast our ballots for the members of the Town Council.
My husband is already a Councillor, elected unopposed following a mid-term resignation three years ago. But this time, he has to fight for his seat. So for the first time since we were members of the Young Socialists nearly forty years ago—then searching for Labour votes in the safest Tory constituency in the country—we’ve been pounding the pavements, delivering leaflets and asking people to vote. And I thought I’d share some of my reflections on the past week with you. [And, no, this isn’t a party political broadcast.] 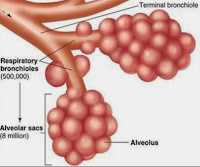 Our small town in South Devon has been visited by housing developers on a number of occasions in the past twenty years, so the properties range from old cottages and converted barns to modern estates. And I was struck by the intricate designs of the latter in particular, aimed at shoehorning as many houses as possible into the available space. One of the things I remember from school biology lessons is that the alveoli in the lungs are curled in on themselves to increase the surface area across which air can be absorbed. And it was lungs I was reminded of as we tried to follow the contours of each estate, nipping in and out of cul-de-sacs and crescents, all with the same name and a seemingly impossible pattern of numbering. 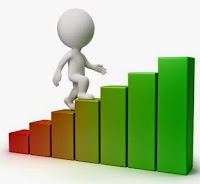 Devon is not a flat county! In fact, it was the luscious green folds of hills and valleys shining in the winter sunshine that first attracted us to the place. But we didn’t look at the number of hills when we viewed our house and decided to make this little town our home. Nor did we notice that many of the front doors are located at the top of a flight of steps, over a garage. We’re well aware of that now!

We were amazed by the number of houses where deliveries are made difficult. Most of letterboxes have stiff brush draught excluders, through which it is hard, or in some cases impossible, to push anything. Some houses had no letterboxes at all. Our respect for the men and women of the Royal Mail rose even higher than ever. 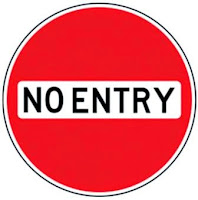 But the thing that left me with an overwhelming sadness was the number of houses displaying notices telling all and sundry they are not welcome. ‘No hawkers, no cold callers, no canvassers’; we came across the notice time after time. There were official messages from Devon and Cornwall Police; from Neighbourhood Watch; from Trading Standards. There was one small enclave telling the world that permission was required to even enter their private road. And one quiet corner of a traffic-less estate, which looked like a perfect spots for the local children to play, where a notice banned ball games.
If we lived in a large, crime-ridden city, we could understand it. But we live quiet, peaceful lives in the main. When the police make their monthly report to the Town Council, the number of crimes rarely makes it to double figures. And there are towns and villages like ours up and down the country.
So when and why did we become such a fearful place, so unwelcoming of people to our homes?

Tagged: Deon, elections, no entry, reflections on pounding the pavements