The mountains are still hidden and the islands are mostly being bashful, but Skye is visible as we jump in the car and head for the ferry. Sheila and I find the short journey across the Sound invigorating, bracing even (although Margaret tells us it’s just a gentle breeze). When we retire from our prime viewing point in the bow to a more sheltered position, we are swiftly replaced by a family of four – who stick it out for just a few minutes before disappearing inside – such lightweights!
From Armadale, we head towards the Cuillin Hills, the remains of a volcano; the views are spectacular – or would be if the mist lifted. We greet each tiny speck of blue among the clouds with unbridled optimism, but for now the promised sun fails us. 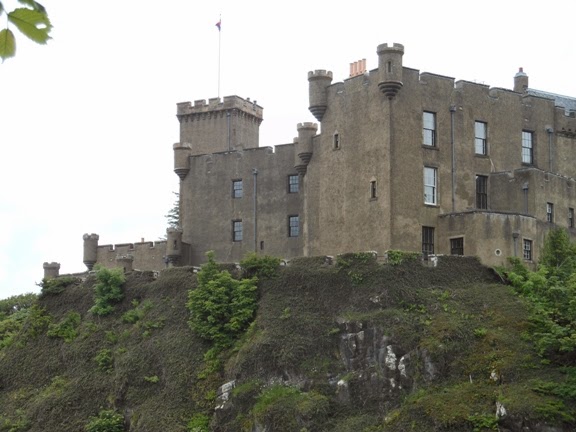 At Dunvegan Castle, we picnic by the side of the Loch – admiring the size and lack of timidity of the chaffinches before donning life jackets to board a tiny rowing boat (luckily with outboard motor) for a visit to the Seal Islands. 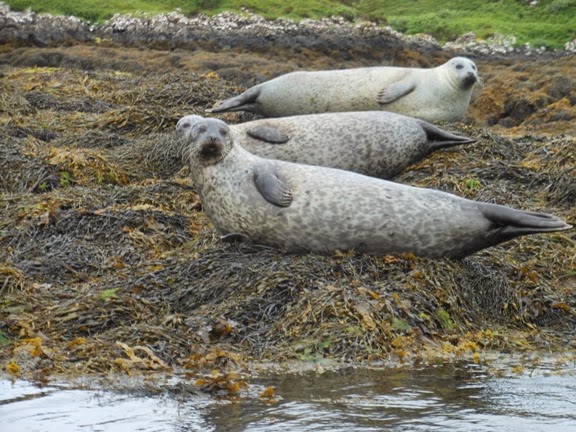 Pupping doesn’t start for another five days (I find myself wondering what sort of calendar seals use) and the heavily-pregnant females loll around on the rocks while the males circle a couple of canoes they are trying to herd into the shallow water in the mistaken belief they are Orcas.
In the castle we try to follow and understand the succession of Clan MacLoed from an illuminated scroll; admire the antlers on the bath taps in an otherwise spartan bathroom; and scare ourselves silly exploring the kitchens, where a life-like model of a kitchen maid awaits us at the turn of a staircase. 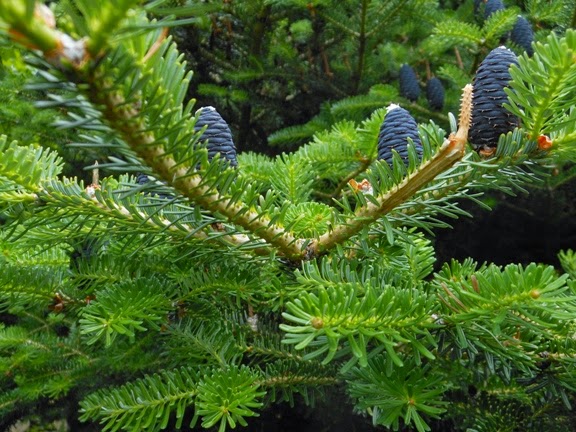 We tour the gardens, reminiscing on our parents’ love of all things horticultural – and our father’s propensity to pull out his penknife to take cuttings wherever we were. (It’s a good job he didn’t accompany Margaret when she picked up her DoE gold award at Buckingham Palace years ago; he could have ended up in the Tower!). Our attempts to take a selfie of the three of us are thwarted somewhat when we realise our arms aren’t long enough, so we revert to the old method – lots of shots of any two of three. The colours are spectacular, particularly in the water garden where we brave the midges to photograph towering waterfalls, gigantic Gunnera, and purple pine cones topped with tiny white flowers. 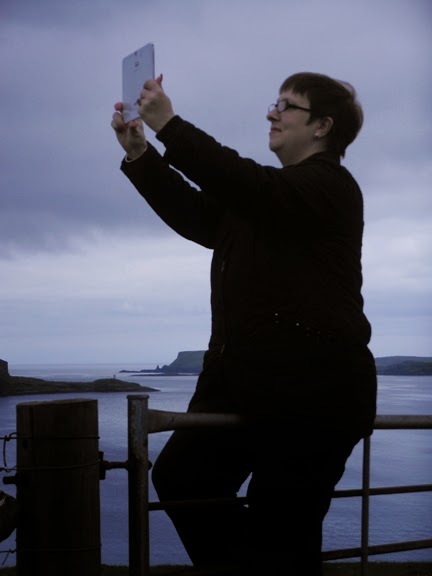 As we head back down the island, the sun is out, the mist has finally gone and the Cuillins are seen in their full glory. Margaret is called on to make numerous photo stops as each vista surpasses the previous one. We experiment with full colour, sepia, and black and white; I experience pangs of camera envy as Sheila’s tablet appears to take much better pictures than my little point and click… 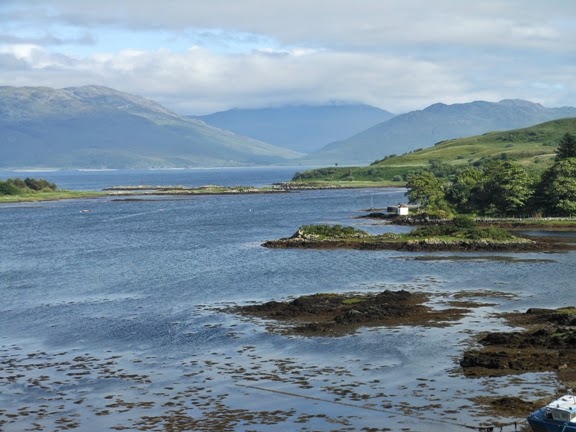 …but eventually, I take a landscape shot I am happy to share.

After supper, we finish the Telegraph crossword with only a mild excursion into the internet for a couple of answers. The holiday-makers decide they will stay up late to watch the late-night football, but we are thwarted by exhaustion and an excess of fresh air after just five minutes.