Day 6: Of Monuments and Steam 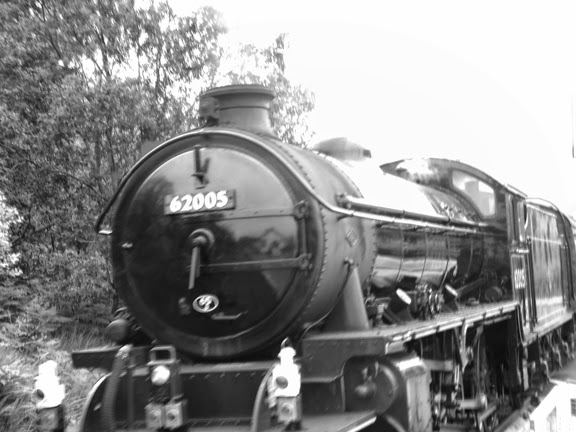 We start the day at Morar Station awaiting the Jacobite steam train on its journey from Fort William to Mallaig. David Bailey Pearson (DBP) positions herself atop a five-bar gate overlooking the line. I choose a much less adventurous position on the platform.
Once again, I thank heavens for digital technology as I experiment with shots of the empty line in full colour and sepia before taking action shots of the train in black and white. For once, there is at least one picture of which I am proud.
Next it is off to Glenfinnan where we discover a new advantage to the clerical collar. My National Trust membership admits two of us. Geoffrey is also an NT member, but has left his card at home. My appeal to the ticket lady to check her computer fails (from lack of system, rather than lack of will) but she says he looks honest and lets him in for free anyway. (Sheila and I briefly consider buying our husbands this useful accessory for Christmas – but dismiss the thought as soon as it is out of our mouths.) 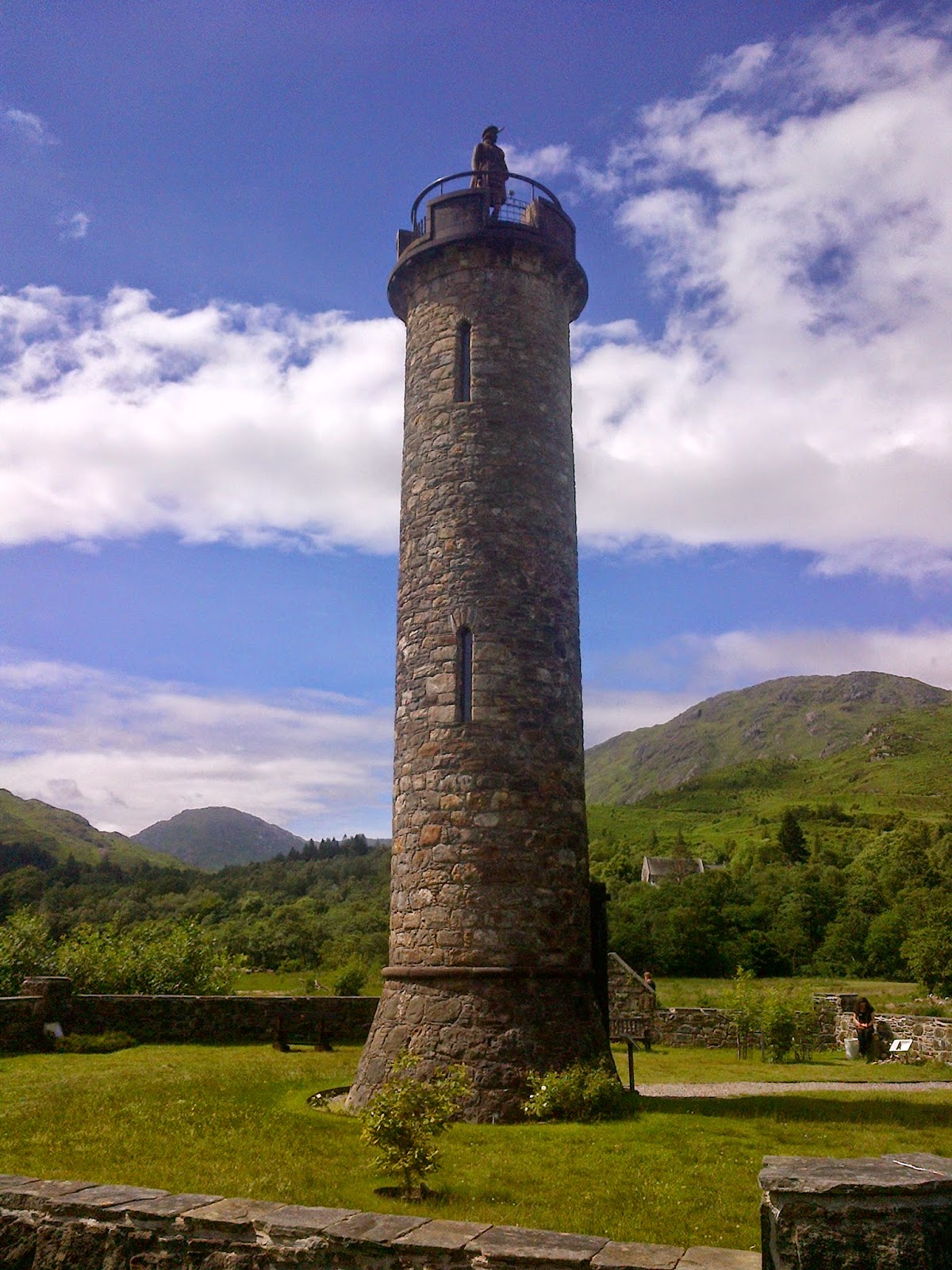 We stroll through brilliant sunshine to the monument, climb the 60-odd steps and squeeze ourselves through the trapdoor to the balcony around the statue, a narrow walkway with space for only five or six visitors at a time. The breathtaking views (and even more photo opportunities) are for me spoilt somewhat by my panic at the thought of launching myself back through the hole at the top of the stairs when it is time to descend. (I wonder when did I become such a scaredy cat?)
Our trip to the monument has been preceded by a visit to the exhibition where the gaps in my history education are plugged – at least in relation to the Jacobite uprising and Bonnie Prince Charlie. Now, standing eighteen or more metres above the field where the clans mustered at the start of the ill-fated campaign in 1745, we should have felt a deep sense of history. However, when we finally return to ground level, the descent having been much easier than I feared, we realise our focus had actually been on the “Harry Potter” viaduct at the other end of the valley and the beauty of Loch Shiel; we’d barely glanced at the kilted Highlander above our heads. 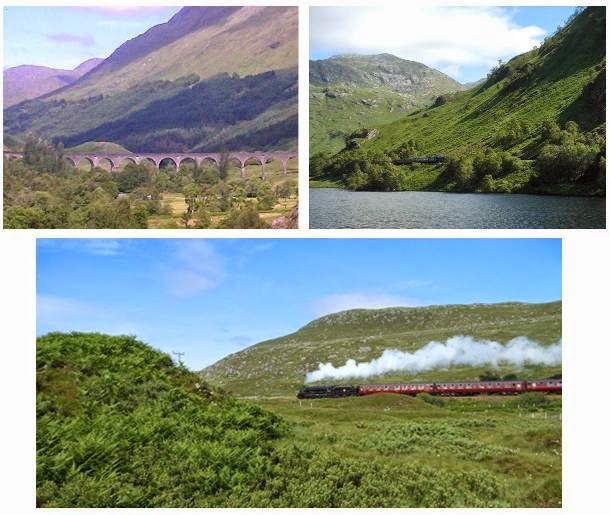 We watch the steam trains crossing the viaduct from the gates of the monument – and then head back to Mallaig, pausing frequently for DBP to takes yet more pictures. At one such stop, she learns there is another train due. We watch it from across a Loch, follow it, pass it, reach Mallaig with plenty of time to spare and risk bitten legs as we stand ankle deep in grass and heather at the side of the busy main road (well, we see at least ten cars in as many minutes!) waiting to take just one more picture. After several hours and a 90-mile round trip, we get our best shots less than a mile from home!
Later when Margaret returns from work (school doesn’t stop for visitors in Scotland any more than it would in England) we visit the Old Library Restaurant in Arisaig where I discover the delight that is cullen skink. Our ‘take-home’ list grows from smoked salmon and fresh fish to include oat-rolled smoked goats cheese and tablet (home-made fudge).
Much later still, I finally beat my sisters at Scrabble!