A week ago, I sat in the early evening sunshine at a BBQ, arguing against the view that summer was over and we were already into autumn. There seem to be all sorts of views on when the seasons change, but I was brought up on 21st March for spring; 21st June for summer; 21st September for autumn and 21st December for winter.  And on that basis, this wonderful summer still has another eleven days to run.
However, I have to admit to feeling a change in the season this week and the sights in my garden back that up. After the yellows and blues of spring and the reds and oranges of summer, we are now into the mauves and browns of autumn. 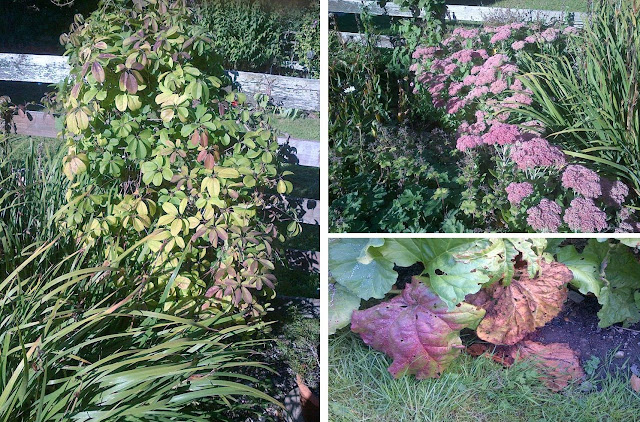 But it’s not just the garden that’s starting to move on. For the past week, Facebook has been full of photos taken by proud, teary parents watching offspring head off for their first day at school. I used to chart the change of season by the commencement of the football – but that seems to have been getting earlier every year. With the onset of Strictly Come Dancing and X Factor, the countdown to Christmas and grand finals has well and truly begun.
On Saturday, Exeter Writers reconvened after their summer break; yesterday I sang in the first post-summer robed choir at church. Today, our group of MA-buddies met for the first time since June, although there was so much catching up to do, we didn’t get any work done. Later this week, various Chudleigh committees restart and tomorrow we begin planning next year’s Literary Festival.
So there is a definite new term feeling around. Time to sharpen the pencils, take out my notebook and start work. This term I will finish the novel and enter more short story competitions.
I will also try to reach more potential readers. As an independently-published author, I know that increasing one’s visibility in the hugely-crowded marketplace is very difficult. I am therefore delighted to have been invited to join Famous Five Plus, a group of indie authors who provide mutual support and promotion. FFP is the brainchild of Pauline Barclay, writer of ’emotional, passionate, beautiful stories’ who set up the website and keeps us all in order. 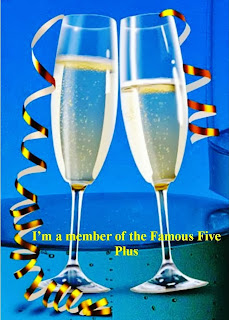 Today, I’m the featured author on the FFP website. Do pop over and say ‘hi’ if you have time; and have a look at some of the other members of the group while you’re there.
But, before you do, how do you mark the changing of the seasons? What signals the end of summer for you?