At the December meeting of Chudleigh Writers’ Circle, our guest speaker, Katherine Bolton, challenged us to buy an extra diary and keep it just for our writing deadlines and goals. She also urged us to make our goals Specific, Measurable, Achievable, Relevant and Time-Related; in other words SMART. As someone who has more To Do lists and spreadsheets than most, I won’t be taking her up on the first suggestion, but I’m certainly going to have a go at the second.
In 2015, I will… 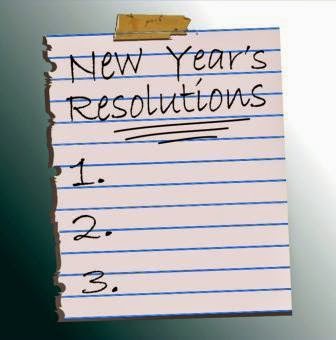 Write and publish the third ebook in the Business of Writing series by the end of January;
Combine the three ebooks and publish them as a paperback via Create Space by the end of February;
Complete the first draft of novel #2 by the end of March;
Have fifty submissions on my ‘out there’ list by the middle of August (this will obviously need to be broken down to a monthly target, but I won’t bore you with that):
Publish novel #2 before the end of October; 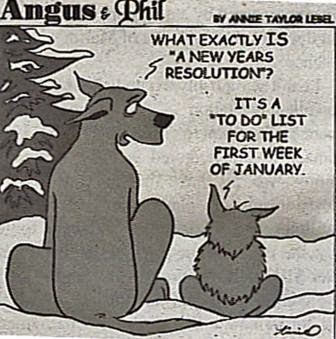 And…keep up  my weekly blog throughout the year, including an occasional update on the progress of the objectives. Just to make sure the cartoon doesn’t become a fact!
Now, what are you proposing to do in the coming months?
***

To everyone who’s read and commented on my blog posts during the past twelve months, I wish a Happy, Peaceful and Successful New Year. I’ll see you on the other side.